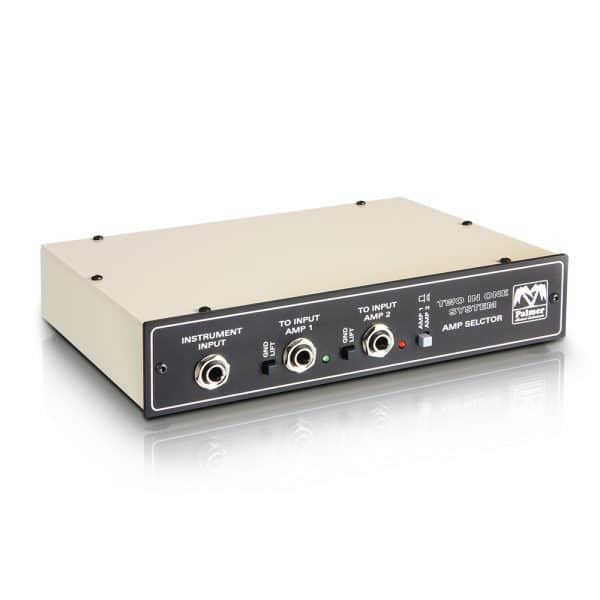 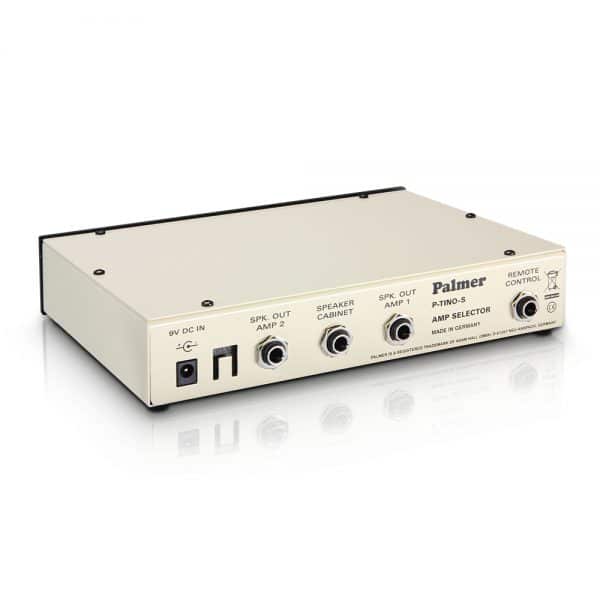 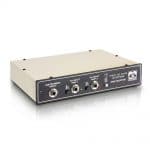 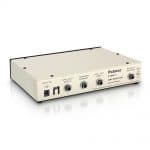 Ambitious guitarists often use two amplifiers in order to obtain different basic sounds. However, transport, space restrictions and the decrease in output associated with PA speakers can be very inconvenient. This is where TINO SYSTEM promises to help. The switcher system allows you to use two amplifiers with only one box as an alternative. Regardless of whether you use tube amplifiers that require getting a load, or transistor models. Even a mixed combination is possible without any problems.

TINO SYSTEM routes the guitar signal to the chosen amplifier, while the second unused amplifier is turned off to prevent unwanted interference. (As if the potentiometer on the guitar was switched off). The gain from the instrument input to output is one (Unity Gain). The built-in buffer only converts the impedance, so that a high-impedance guitar becomes less prone to interference. When the guitar signal is switched, the speaker is switched simultaneously, while the speaker output from the mute amplifier is connected to a load (Dummy Load). Therefore, tube amplifiers are absolutely safe from dangerous idling.

If you connect two amplifiers with one another, a heavy buzzing sound often overlays the guitar signal. This undesirable effect is known as ground loop and occurs between mains-operated devices because of double grounding. The TWO IN ONE prevents this from happening by decoupling the outputs to the amplifiers using high-quality isolating repeaters. A sliding switch-over between the amplifiers also ensures that the process occurs click-free and without interruption. The power supply is provided via the supplied 9V power adapter.

The Palmer's Musical Instruments range delivers outstanding sound, reliable performance and top-notch workmanship without busting your budget. Among the various product lines you'll find the guitar amp of your dreams and a wide selection of custom speaker cabinets. For purists we have developed the DREI, an amp design that is unique worldwide. The FAT Series models are available in combo amp and head versions. Our speaker cabinets come in all standard formats from 1 x 10" to 4 x 12", loaded with your choice of speakers such as Eminence or Celestion Vintage 30s. The Root Effects series includes all the classic guitar and bass effects such as overdrive, distortion, fuzz, chorus, phaser, flanger as well as new proprietary designs. Palmer's speaker simulators are at home in the studio and on stages all over the world, and our switchers, AB boxes, splitters and mergers are the "little helpers" that make a musician's life so much easier.